I HAD CHANGED VIBRATIONS

I HAD CHANGED VIBRATIONS

“I had changed vibrations, I had decided to remove the weights. I had recently realized my infinite defects and, even more surprisingly, I had the feeling that they could turn into something magical and bright.

I decided to take all the roads that at that moment “felt” right for me, like entrusting myself to a river that you don’t know where it will arrive, but you know very well that it will cross unknown and desired places.

This is how Reiki arrived in my life: on that unknown river where I had decided to let myself go.

I had already heard of this discipline, but I had never found the desire to face this chapter, until they told me about Gaetano Vivo.

Soul brother from the start…

From the first phone calls I felt a great serenity in me, hardly reached with other human beings.

I understood that I would attend his first Reiki level. I was not wrong, I had “heard” well; after all, it could not be otherwise when searching for the truth.

The long-awaited weekend arrived, he presented himself with a cheerful look, delicate hands, fraternal smile and punctuality: the construction of the ship began which opened the doors of my awareness.

From an early age I perceived presences at my side, bubbles of colors on people, energies that moved from body to body, other ways, other worlds … and right there I understood that I was not alone, that we could talk about everything without shame , because there was no judgment there, a unique environment that only an experienced master could have created.

I remember my amazement in listening to Gaetano’s words, while explaining what Reiki was, how it worked, the aura, the Chakras. My gaze was so lost on his lips that sometimes he stopped to ask me: Hey Antonio, is everything Alright?

And I burst into a laugh of joy!

I continued to practice Reiki until I wanted to do the Second Level and then the Third.

On the Third Level course I had infinite doubts, too many to say the same “yes” as the first level.

Was I really interested in becoming a Reiki Master?

Decision to entrust to the heart that until then had never been wrong. I said yes once again.

We started as one of the most beautiful tales: the group made up of twenty souls looking for answers, had many doubts, all shared and all sincere, and was ready to give support.

The first Third Level symbol arrives and a great and delicate Energy at the same time envelops us in a single feeling.

A sweet cradle where we continued to experience perception.

Subsequent encounters, such as tantric numerology, mediumship, crystal therapy apparently seemed to go out of the Reiki discipline, so as to make many of us doubt. Despite this, we entrust ourselves to the heart and experience of the one we have chosen as Master.

Now, after a year recorded by the Third Level course, I am referring to what there have been no meetings far from the topic, even if initially it seems to be. Now, I realize that it’s all connected with discipline, with feeling, with love.

I wait with much patience and subsequent encounters of this magnificent journey of souls and I think I have received a precious gift that sometimes does not need words, and only silence, love and peace.

Thanks Maestro Gaetano, thanks also to the Third Level group, fertile ground for all energetic attention”

New Changes at the Horizon 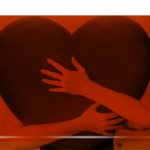 Greetings everyone and Happy New Year 2021 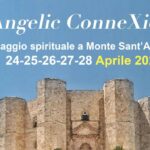 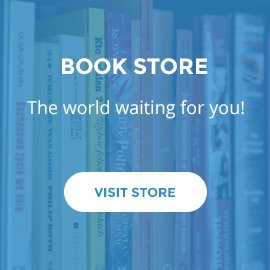